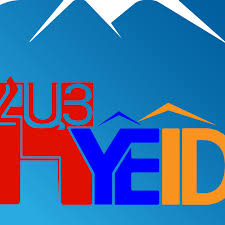 by    The Armenian Mirror-Spectator
By Edmond Y. Azadian
People who preach to the Armenian people the sermon of “forgive and forget” must realize that by perpetrating the Genocide, the Turks not only took over our 3,000-year-old homeland, murdered 1.5 million of its living population and more than 20 million of potential future population, but that they have pulverized the collective will of the survivors for perpetuity.

Almost one full century after the Genocide, Armenians cannot get their acts together and consolidate some seven million of them scattered around the world into a cohesive collective force.

Seven centuries of oppressive foreign domination have worked into the moral fiber of the Armenian people and have made inroads into their genes, so much so that they have become accustomed to bowing to the rule of any foreign potentate, to serve diligently, faithfully and creatively, seldom questioning the legitimacy of that alien rule.

Even after being forced out of the Ottoman Empire, Armenians have preserved their docile attitude toward any foreign rule, with an inverse degree of respect for Armenian leadership.

Under foreign dominations, the challenge most of the time has been survival, and Armenians have survived individually and that survival instinct has barred the ability for any power sharing with a fellow Armenian toward the goal of nation building.
A case in point is present Armenia itself: since its independence 20 years ago, many groups in Armenia have fought the establishment with increasingly vicious and destructive attacks and insults, unheard of in any democratic society.
Armenians cannot stand the leadership of fellow Armenians. There is a potential president in every citizen of Armenia (or so everyone believes), which does not tolerate the presidency of a single Armenian over the rest.
The first republic fell victim to violent clashes between the Bolsheviks and the ARF, leaving tens of thousands victims dead, as if we still needed the bloodshed after the Genocide.
Today, similarly, violent divisions have been ripping apart Armenia’s population.
The internal divisions will only amplify outside political pressures, leading to the destruction of the third republic.
Should we meet that tragic end, Armenians in the diaspora will be left with no incentive to work towards an organized diaspora, under a unified leadership.
The diaspora needs a unified leadership for its own sake and Armenia’s sake, and then take its revenge from the Turks by undoing what they did to our nation, turning it into a “dust of a nation,” as defined by poet Vahan Tekeyan.
During Diaspora’s formative years there were moral authorities who commended tremendous respect, without being duly elected through a democratic process. Those figures were people like General Antranik and Boghos Nubar Pasha. No one questioned their leadership because they were born leaders.
Globalization has been dispersing Armenians around the globe, yet the Internet is bringing the world Armenian community together, to form a structure and to develop a collective leadership. Today we have an educated class which can replace the moral authority of yesteryear’s leaders.
There has always been a question mark hanging in the air as to who can speak for the diaspora. Thus far, no adequate answers have been found. At times, ARF leaders have boasted that they own the diaspora, as they have monopolized the Armenian cause.
But since the leadership issue has not yet been resolved, it means that large masses of Armenians do not subscribe to the legitimacy of the above claims.
Therefore, the question is still open.
Many attempts have been tried in the past with little or no success.
A few years ago, a group was formed to pursue the Western Armenian rights in modern day Turkey, and, eventually, even form a parliament in exile. In recent years, there has been no news from the group.
On November 20, a group of scholars and public figures congregated at the University of Southern California to lay down the legal and philosophical foundations of diasporan leadership.
The generator of many thought-provoking ideas, Harut Sassounian has outlined the framework for such a diasporawide structure, all the while pointing to the challenges ahead. One particular challenge would be the electoral process and the representational system. Sassounian, in his presentation, has proposed one representative per 20,000 votes. He also sets the number of the shadow parliament at 350. Knowing the Armenian psyche, that will be debated to the bitter end. Also he proposes voting to be done electronically — a novel idea which will defy me personally to cast my vote!
Many writers, historians and ethnographers have debated the possibilities of developing such a structure. Only by bringing all those minds together can a unified leadership be developed. Only then can a constitution be drawn up, taking into consideration the diversities and particularities of different Armenian communities living around the world.
As soon as such a body is materialized, many groups will force their way to have a larger say in the affairs of that body, which could be named the World Armenian Congress.
A unified leadership, if tolerated by groups with different selfserving agendas, will eliminate many redundant programs and will allow Armenians to speak with one voice on critical issues.
Turkey has always been trying to pit the diaspora against Armenia. Without such a representative body, the world Armenian community will be in disarray, should Turkey decide to call for dialogue one day.
The most sensitive issue will be how to deal with the Armenian government, how to cooperate with it without meddling intolerably into the internal affairs of the Armenian republic.
The diasporan leadership can only complement the foreign policy of the republic.
During the Levon Ter-Petrosian era, even the creation of such a body would have been considered suspicious, since there were leaders at that period like Yegoryan, who were asking Diaspora Armenians bluntly just to send the funds and stay away.
Also the president himself was reaching out to individuals in almost every organization, at the exclusion of the rest of the leadership and membership of those organizations. The turmoil still raging within the ranks of the traditional Armenian parties dates back to that era.
Therefore it will depend on the direction, activities and the goals of the diaspora leadership as to how may the government in Yerevan will react.
The unified leadership will certainly benefit Armenians in the diaspora and the homeland, but some individuals and groups may be threatened by it because it may infringe upon their visibility and local agendas.
Therefore, however that body is structured, however it is elected, whatever course it may take, it will eventually become a coalition of the willing.